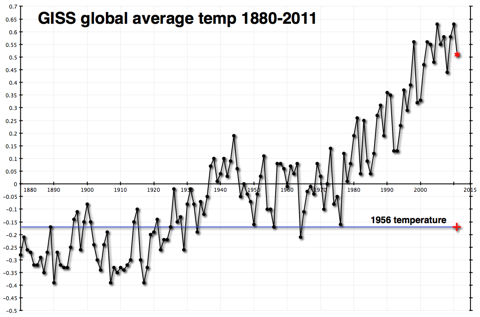 Look at the way the figures leap up the page…. that’s really scary !!!
(so James Hanson & Al Gore must be right, “the seas will boil” “Antarctica will be the only place to live” !! )

When viewed on a proper graph showing average temperatures 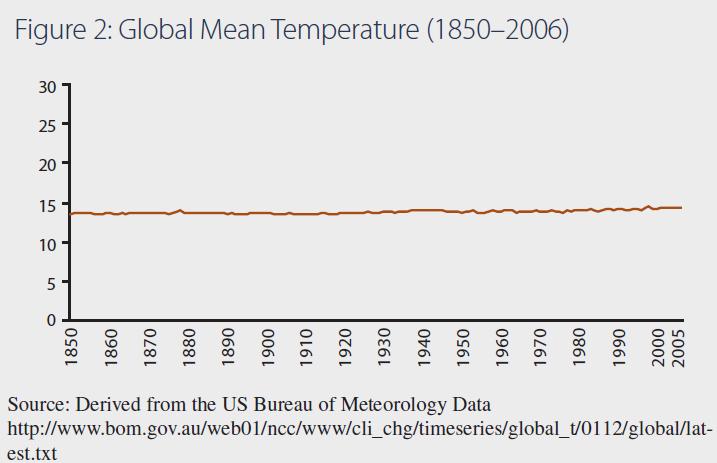 The Lloyd study looked at the last 80 centuries and found nothing unusual or unprecedented about our slight recent warming. In fact he found about an average 1 C deviation per century.

‘An Estimate of the Centennial Variability of Global Temperatures’ – 8 pages- https://www.researchgate.net/publication/276276180_An_Estimate_of_The_Centennial_Variability_of_Global_Temperatures

A close-up of the recent anomaly.

The graph shows the entire RSS (lower-troposphere ) satellite dataset for the 440 months January 1979 to August 2015, with the blue trend on the entire series equivalent to just over 1.2 °C rise/century.

The overlaid graph in green is the zero trend in the 224 months since January 1997 – more than half the entire 440-month record.

You must see his expertise at work here 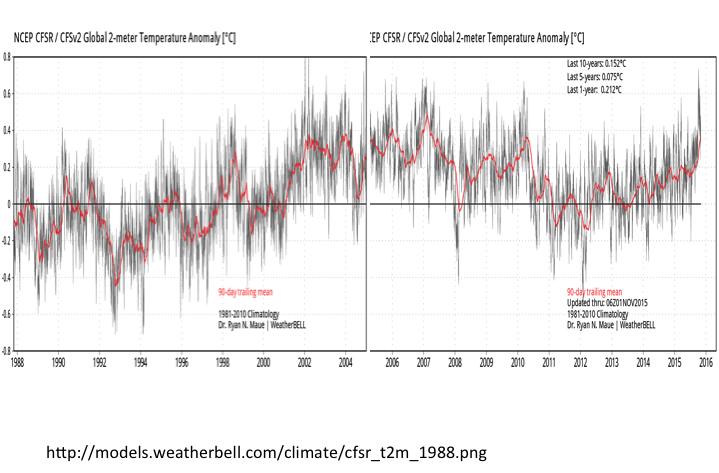 Climate scientists are getting increasingly fed up with the main global warming skeptic – See here.