Over the last few years, large amounts of original data have been ‘adjusted’ in an attempt to hide the decline in temperatures & get a closer fit to the models; here are a few examples –
Original data published in 1978 & the same data re-published in 2015. Note the trend lines. 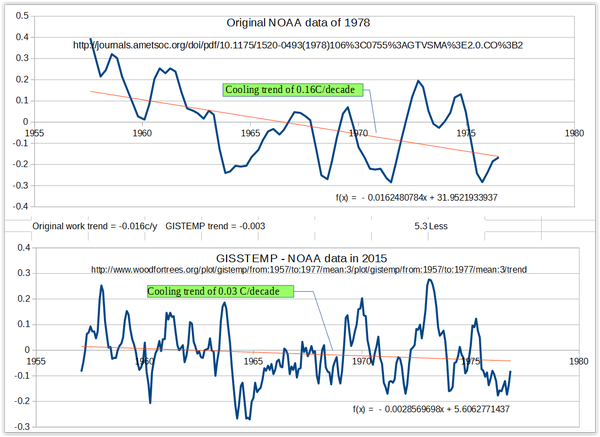 See the original measured data next to ‘adjusted’ data –
https://stevengoddard.wordpress.com/alterations-to-climate-data/ & https://notalotofpeopleknowthat.wordpress.com/2015/01/20/massive-tampering-with-temperatures-in-south-america/
& https://stevengoddard.wordpress.com/2015/09/29/mindblowing-fraud-from-gavin-and-tom-in-victoria/ & http://jonova.s3.amazonaws.com/graphs/giss/hansen-giss-1940-1980.gif See also –How 20 yrs of Antarctic cooling was turned into 50yrs of warming….overnight !! 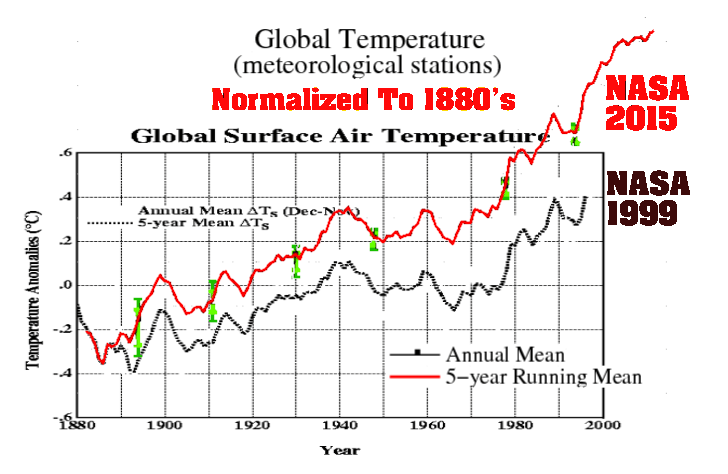 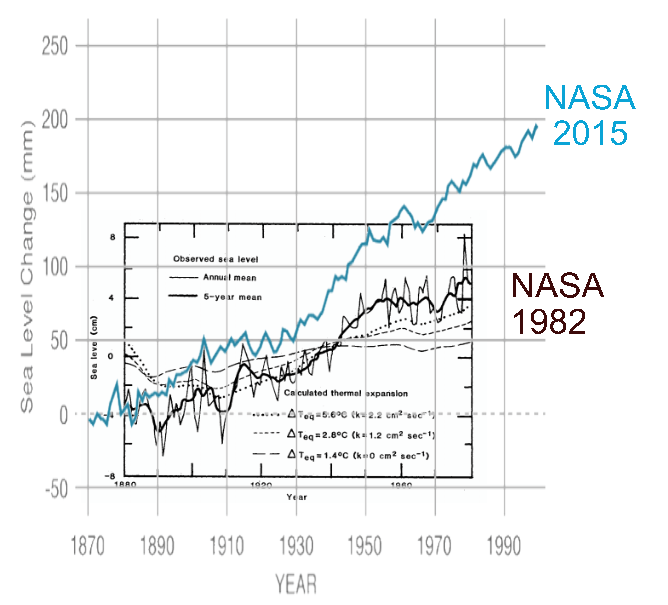 NASA’s current graph looks nothing like their 1982 graph, it doubles actual sea level rise. Exactly the same thing they have done with temperature rise. 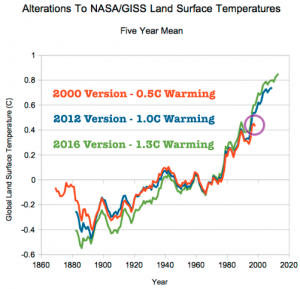 And to change the sea ice data –

magically converting a steady gain into a dramatic loss.

Don’t they realise people keep records & use the ‘Wayback machine’ ??

Stanford researchers uncover patterns in how scientists lie about their data
When scientists falsify data, they try to cover it up by writing differently in their published works. A pair of Stanford researchers have devised a way of identifying these written clues. http://journals.sagepub.com/doi/abs/10.1177/0261927X15614605

Another climate scientist accused of financial fraud – Daniel Alongi falsely claimed to have spent half a million dollars on radioisotope testing, it would look pretty strange if he didn’t produce any false test results, to justify the expenditure of all that money. According to Research Gate, Alongi has helped author 140 publications, and has been cited 5,861 times.
so almost 6,000 papers are now suspect if not entirely wrong – https://wattsupwiththat.com/2016/01/13/another-climate-scientist-accused-of-financial-fraud/