In the last 30 years CO2 fertilisation correlated with an 11 per cent increase in foliage cover across parts of the arid areas studied in Australia, North America, the Middle East and Africa, See-
http://www.csiro.au/Portals/Media/Deserts-greening-from-rising-CO2.aspx.

See the effects of Plant growth at 450 & 1270ppm CO2 – http://www.youtube.com/watch?v=P2qVNK6zFgE&feature=player_embedded

Trees have been growing significantly faster since the 1960s. The typical development phases of trees and stands have barely changed, but they have accelerated – by as much as 70 percent. This was the outcome of a study (based on 600,000 individual tree surveys conducted since 1870) carried out by scientists from Technische Universität München (TUM) based on long-term data from experimental forest plots that have been continuously observed since 1870. Their findings were published recently in Nature Communications.
http://www.nature.com/ncomms/2014/140912/ncomms5967/full/ncomms5967.html

When you plant a seed in a pot, the plant grows almost entirely from the CO2 in the air (but takes a few trace minerals the soil). Just about all of the plant (from microscopic plankton to giant Sequoias) starches, sugars, cellulose, etc is built from airborne CO2.
So it is not surprising that more CO2 is greening the biosphere, & there is solid, measurable evidence of that. Here are a few peer reviewed papers explaining it:

Abstract CO2 fertilisation has increased maximum foliage cover across the globe’s warm, arid environments. Satellite observations reveal a greening of the globe over recent decades. …Using gas exchange theory, we predict that the 14% increase in atmospheric CO2 (1982–2010) led to a 5% to 10% increase in green foliage cover in warm, arid environments. Satellite observations (analysed to remove the effect of variations in rainfall), show that cover across these environments has increased by 11%. http://onlinelibrary.wiley.com/doi/10.1002/grl.50563/abstract

Abstract: A Global Assessment of Long-Term Greening and Browning Trends in Pasture Lands Using the GIMMS LAI3g Dataset
Our results suggest that degradation of pasture lands is not a globally widespread phenomenon and, consistent with much of the terrestrial biosphere, there have been widespread increases in pasture productivity over the last 30 years. http://www.mdpi.com/2072-4292/5/5/2492

Abstract: Analysis of trends in fused AVHRR and MODIS NDVI data for 1982–2006: Indication for a CO2 fertilization effect in global vegetation… The effect of climate variations and CO2 fertilization on the land CO2 sink, as manifested in the RVI, is explored with the Carnegie Ames Stanford Assimilation (CASA) model. Climate (temperature and precipitation) and CO2 fertilization each explain approximately 40% of the observed global trend in NDVI for 1982–2006… http://onlinelibrary.wiley.com/doi/10.1002/gbc.20027/abstract

Abstract: …However, this study hypothesizes that the increase in CO2 might be responsible for the increase in greening and rainfall observed. This can be explained by an increased aerial fertilization effect of CO2 that triggers plant productivity and water management efficiency through reduced transpiration. Also, the increase greening can be attributed to rural–urban migration which reduces the pressure of the population on the land. doi: 10.1007/s10113-013-0473-z

The rise in CO2 has been, and continues to be, a net benefit to the biosphere. There has been no global damage or harm as a result of the rise in that beneficial trace gas, which has been up to 20X higher in the geologic past — without ever causing runaway global warming.

A 35% increase in growth rate, and improved drought tolerance – what’s the downside ?

A team of researchers from the University of Leeds say that crop yields in the coming years may decrease even further due to increasing global temperatures. (From computer simulations)

The climate-related impacts studied by the IPCC include Crop yields, the report says:
‘The signature of rising temperatures and heat stress are already showing on yield of wheat and maize’.

BUT, this is what we find is the real world outcome – (looks like they need a new computer !) 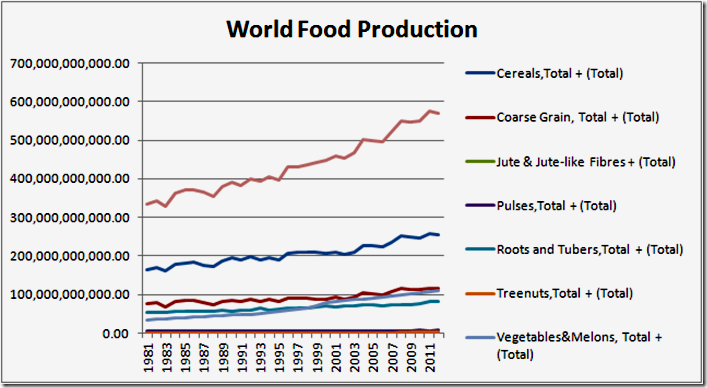 • The most effective way to do that is reduce plant stress by increasing photosynthesis (it also cuts water consumption by 20-30%)…. the Dutch have done it for 40 + yrs;
Here’s how – http://tinyurl.com/n577cze •&• http://www.plantsneedco2.org/default.aspx?menuitemid=225 • & • http://tinyurl.com/pkaeav4
& from scientific American Nov 1920 – http://sealevel.info/ScientificAmerican_1920-11-27_CO2_fertilization.html

Remember when you thought granddad was daft for talking to his prize wining plants in the green house, the reason they won prizes was partly CO2 fertilisation from his breath. So he wasn’t that daft.

See the effects of Plant growth at 450 & 1270ppm CO2 – http://www.youtube.com/watch?v=P2qVNK6zFgE&feature=player_embedded

The Greening of Planet Earth https://www.youtube.com/watch?v=uuhkS5flvZk#t=207

I cannot believe that there is so much apparent ignorance of what goes on in the commercial world of horticulture and has done for at least 40 years. The major growers of glasshouse tomatoes have been supplementing CO2 (at ˜ 1,200ppm) as a very important aspect of yield increase, this is achieved by running pipes near the crop row so that CO2 can be discharged into the plants; this allows the plant to photosynthesize faster, use 30% less water, fix Nitrogen more efficiently, & increase crop yield by up to 40%.

Three components allow for the continuation of life on earth via the basic functioning of Photosynthesis whereby plants take in CO2 and in combination with the ‘H’ from water (H2O) manufactures carbohydrates, which represent at least 75% of the plants food requirement – the ‘O2‘ is released into the air and provides the oxygen that we and other living animals etc use to sustain our lives.
See : http://www2.estrellamountain.edu/faculty/farabee/BIOBK/BioBookPS.html & https://en.wikipedia.org/wiki/Photosynthesis

We are all vegetarians; Even 100% carnivores are fed indirectly by plants & those plants require CO2 for Photosynthesis. Without CO2, most terrestrial life dies (leaving just slime molds, some bacteria & non parasitic fungi) – the more CO2 we have (up to ˜ 2,000ppm) the higher velocity of plant growth

“The decline of atmospheric carbon dioxide over the last 65 million years (Ma) resulted in the ‘carbon dioxide–starvation’ of terrestrial ecosystems and led to the widespread distribution of C4 plants”
See more – http://rstb.royalsocietypublishing.org/content/353/1365/159

Historic atmospheric CO2 showing that the biosphere is currently starved of CO2. 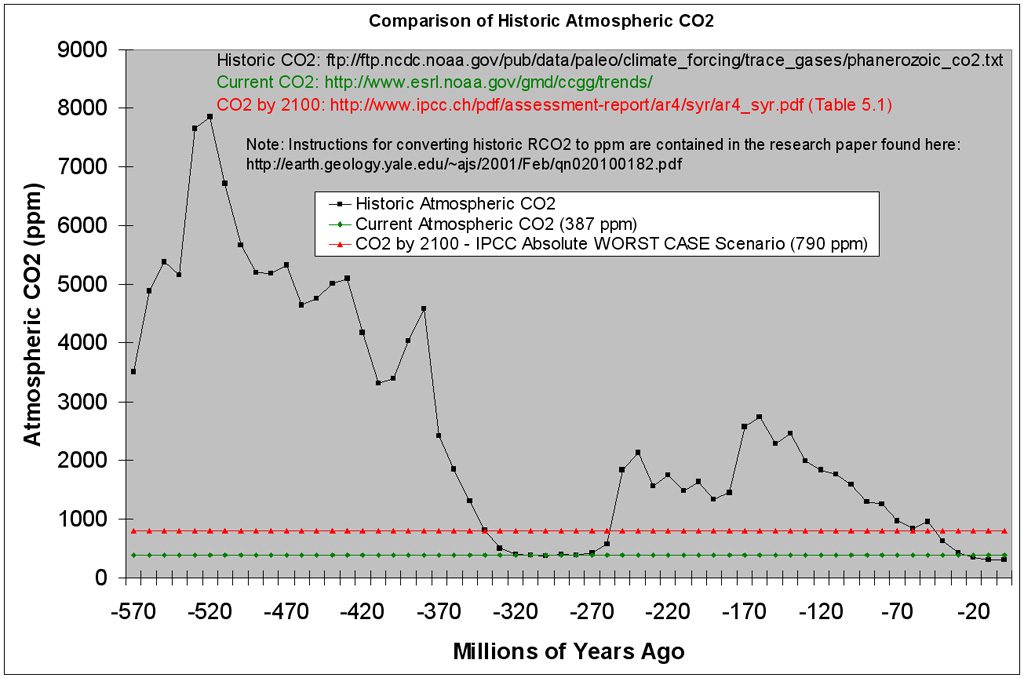 Notice that CO2 has been up to twenty times (20X) higher in the past — without ever causing runaway global warming. Why would it this time ?

The basis of our food…Plankton and plants enjoy CO2, so should we.